Port Nelson the Greeter IPA returns for round two this month 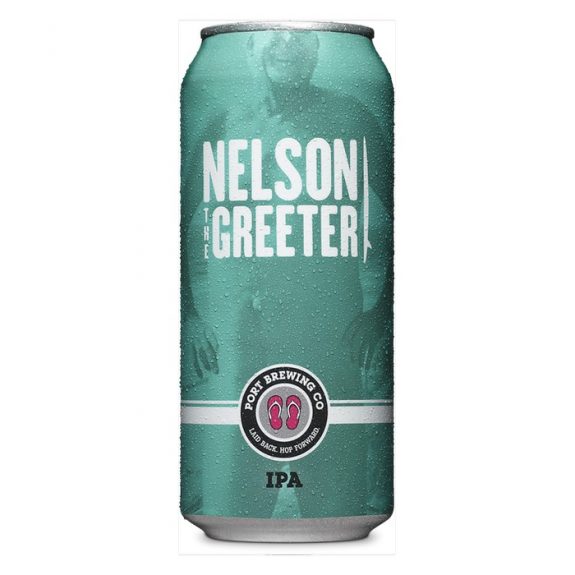 (San Marcos, CA) – Port Brewing Co is set to release the 2nd iteration of Nelson the Greeter IPA this March.

Paying homage to the rather (in)famous surf spot/clothing optional beach in San Diego, Nelson the Greeter is the newest hoppy offering from Port Brewing. Using the brash flavors of Nelson hops to lead the charge, The Greeter has a strong hop-supporting cast using Denali, Lemon Drop, and Mosaic varietals to round out this IPA. Notes of Gooseberry and passion fruit dominate the nose with clean tangerine and freshly cut stone fruit notes leading to a smooth bitter citrus finish.

“Last year was the first time we’ve been able to brew with Nelson hops for The Greeter,” said Steve Burchill, Head Brewer of Port Brewing Co / The Lost Abbey/ The Hop Concept. “Playing off what we learned, I think we were able to bring out even more of notes of tropical fruits in this year’s beer.”

Nelson the Greeter IPA will be released in both Port Brewing Tasting Rooms on Friday, March 16th with full distribution throughout the Port Brewing network beginning the week after.

About Port Brewing / The Lost Abbey / The Hop Concept
Founded in 2006, The Lost Abbey produces an extensive line-up of continental and American- inspired ales and lagers. Under the direction of visionary brewmaster and co-founder Tomme Arthur, the brewery has garnered dozens of awards including the 2007 Great American Beer Festival Small Brewery of the Year, The 2008 world Beer Cup Champion Small Brewery and the 2013 Champion Brewery at the San Diego International Beer Festival. The company’s beers, many of which are aged in oak barrels for 12 months or longer, are universally recognized for their complexity, unique flavors and bold boundary-pushing styles. For more information, contact Port Brewing / The Lost Abbey / The Hop Concept at 155 Mata Way, Suite 104, San Marcos, CA 92069, telephone (800) 918-6816, and on the web at www.LostAbbey.com

WHAT MAKES BEER A STOUT?